As we move into Week 10 of PE with Joe Wicks on YouTube, we're still enjoying fancy dress Friday. Send us a picture of you doing PE in fancy dress with Joe on Seesaw, we'd love to see them!

The Chelmsford School Sport Partnership have given us some great ideas for you to try at home this week:

Sock wars KS1 AND 2
Activity one
Attack vs defence
The defender tucks a sock into the waist band of their shorts or trousers. The attacker is aiming to grab the sock while the defender is trying to avoid that from happening. Before you begin, clear a safe playing space making sure it is free from obstructions, hazardous objects and sharp corners. When defending use quick changes of direction to dodge attacks. When attacking encourage children to keep their eye on the target and to use explosive lunging movements to grab the sock. When children are becoming more confident move on to our second activity, one on one.

Activity two
One on one
In this game players both players place two socks into their waistband, one on each hip. The
aim is to be the first person to remove both of your opponents’ socks. Children will now need to think about protecting their own socks at the same time as attacking to grab their opponents. To make the challenge easier or harder vary the number or length of socks, only allow one hand to be used or even restrict the movement of one player perhaps make them play from their knees.

Activity three
Teddy collect Place five teddies at each end of the playing area. Each player will need two
socks tucked into their waistband. Taking it in turns each player will attack their opponent’s areas to grab a teddy and return it to their own end. Only one teddy can be taken at one time. If the defender manages to grab a sock from the attacker at any time during their attempt at attack, the teddy needs to be returned to its original position. It is then player twos turn. The objective is to collect all the teddies at your own end. Remember to use your body position, your explosive speed and your quick changes in direction but most of all have fun.
Differentiation Space – play in a smaller area, have a safe zone Task –change the rules, you have to jump , hop ? Equipment – play with a smaller sock, People – if you have more players than 2 , have 2 attackers

Click on the link below to see the game in action 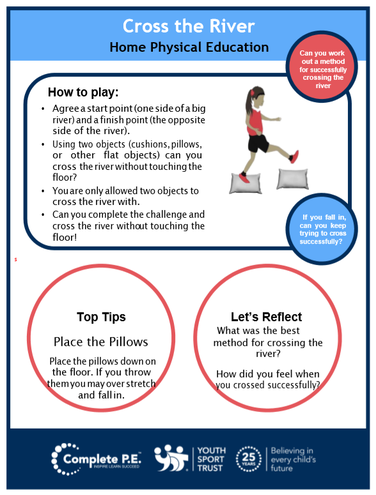 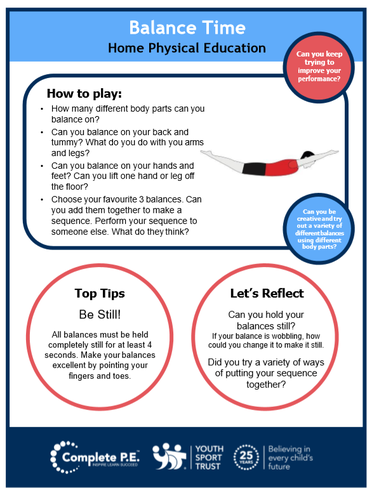 Active Essex have a packed timetable of free weekly live workouts and fitness activities. They are also uploaded to their YouTube channel so you can try them at your leisure. See the link below.
Top
Cookie information
Cookie Notice