This week we are going to work on a mini project involving persuasive writing. We are going to look at how we can choose words carefully to persuade people to do something or visit somewhere.

Have a look at the leaflets for some local attractions below. What text features can you see in them? Do they have a heading or a title? Have they used captions? Do they have pictures or photos in them? Have they included subheadings? How is the leaflet set out? Does it make you want to visit the place?

See if you can use post it notes to label some of these features in each leaflet. You can do this on the screen, no need to print them off!

Do you have any leaflets like this from places that you have visited? Do they include the same sort of information as these leaflets? Can you spot a heading or a caption? 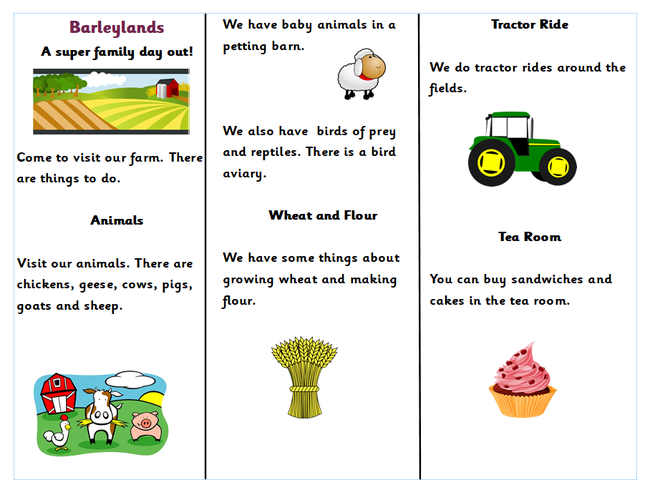 Now, have a look at the second leaflet about Barleylands Farm. How is it different? Do you think it is better? Why? What has the writer included this time that they forgot in the first leaflet? Does it make you want to visit the farm? Which bit would you like to see and why?

In order to persuade people to visit different places, all of the leaflets are designed to make the attraction sound amazing! This is often done by using adjectives, sometimes they tempt you in with free things and special offers. They have to make their attraction seem like it is the best place that you can visit – sometimes they use commands to do this, like ‘Come and see…’, ‘Enjoy the …’, ‘Don’t miss out on…’ and ‘Find out more about…’.

Look again at the second Barleylands leaflet and use post it notes to label the key features. Then use a coloured pencil or a highlighter to show where the vocabulary chosen really persuades you to visit Barleylands.

Please share your highlighting and post it note pictures with us on Seesaw, we look forward to seeing them! 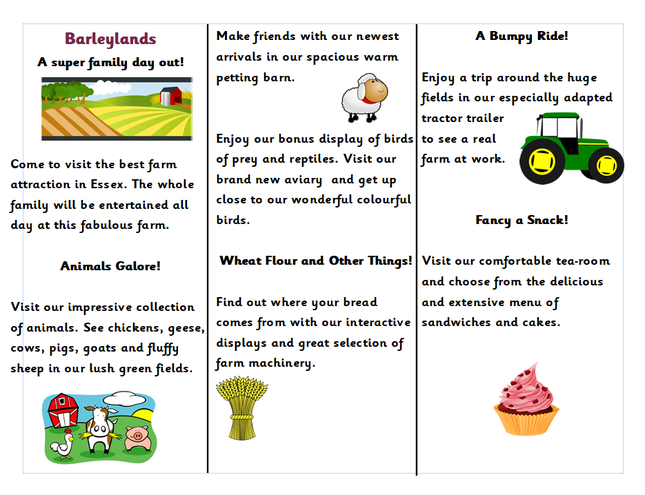 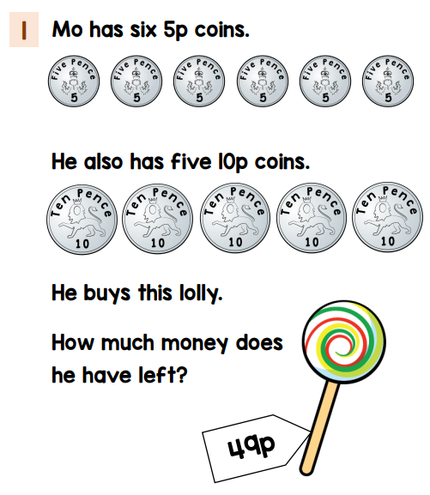 Explain to children that last lesson they were learning about sharing equally, and today they will continue to share equally and find amounts that can be shared equally. Prepare a bag of 14 ‘pennies’ or anything small that you are able to share easily.

Explain that you have a mystery bag of ‘pennies’. The only thing you know is that it contains an amount which can be shared equally, or divided, between two teddies.

Ask: How much money could be in the bag? Why? Can you prove it?

At first, this may result in unconnected suggestions, e.g. 9 pence, 20 pence and 16 pence. After trying some suggestions, direct the activity so that it is conducted in a systematic way, explaining to children that when we tackle a mathematical problem, it is best to use a system because that makes it easier to spot patterns.

Look at the picture below which presents the numbers 1 to 20, and use this to explain the system of examining every consecutive number to try to identify a pattern. Tick each number of ‘pennies’ that it could be, and cross the ones that could not be in the bag. Soon children should notice that every other number, or the even numbers, could tell us the number of ‘pennies’ in the bag. 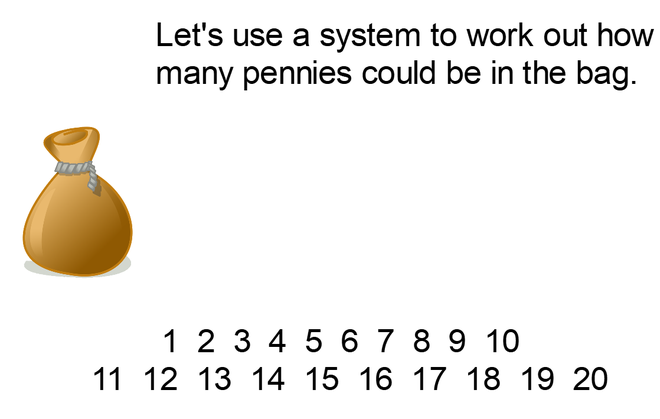 Show children a different mystery bag of ‘coins’ (containing 18 ‘pennies’). Tell them that the number of pennies in the bag can be shared equally between three teddies. It can be divided without any pennies being left over.

Children use counters to represent the ‘pennies’, sharing them equally using the Task 1 sheet below, which has three circles for pupils to share the 'counters'. Alternatively, children could share the ‘counters’ between a group of three of their real teddies. They use the systematic method to investigate how many pennies could be in the bag. Children record using ticks and crosses against the numbers on the sheet.

Discuss findings from Task 1, asking children whether they identified any patterns in the numbers.

Ask: Which other numbers of pennies could be shared equally between three people?

Introduce the context of the problem for the challenges below, which requires children to investigate which numbers of cake decorations could be shared equally between four cakes.

Show children four ‘cakes’ (these could be cardboard circles—or real cakes, if you wish!) and a selection of decorations, such as 12 stars, 15 chocolate buttons, 16 gummy babies. Show children one possibility, e.g. 15 star decorations, of which twelve can be shared equally in the pictures below. 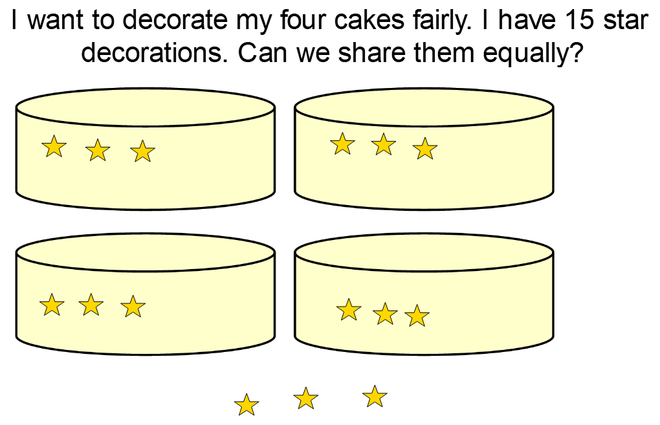 The remaining three stars cannot be shared equally, so they cannot be put on the cakes.

Ask: How many of the 15 star decorations did we use?

Children say: We used 12, because they could be shared equally—three on each cake.

Ask: Why could we not use the remaining three chocolate buttons?

Now, have a go at the challenges below. Children investigate how cake decorations can be shared equally between four cakes. They use 'counters' to represent each decoration, and share them equally between the cakes. Once they have shared a given decoration equally, they draw them onto the cakes, before moving on to the next decoration.

Challenge 1 includes only multiples of four, and challenge 2 includes some non-multiples, where children will need to identify that there are decorations ‘left over’, which cannot be shared equally.