Today we will be revising the /ow/ sound and its alternative spellings.

Practise reading the below words out loud. Look out for the three different spelling patterns of /ow/. 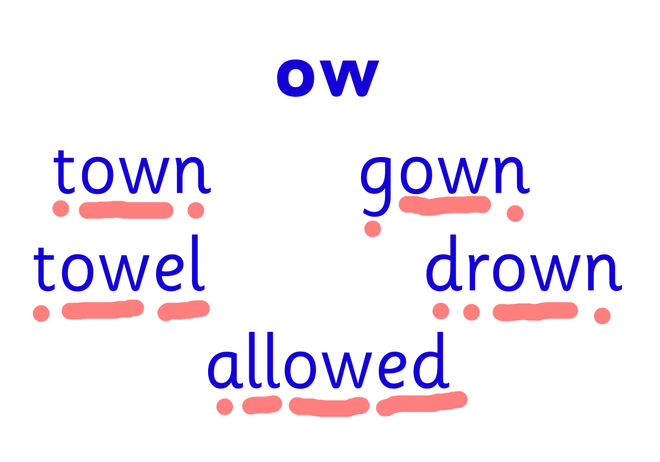 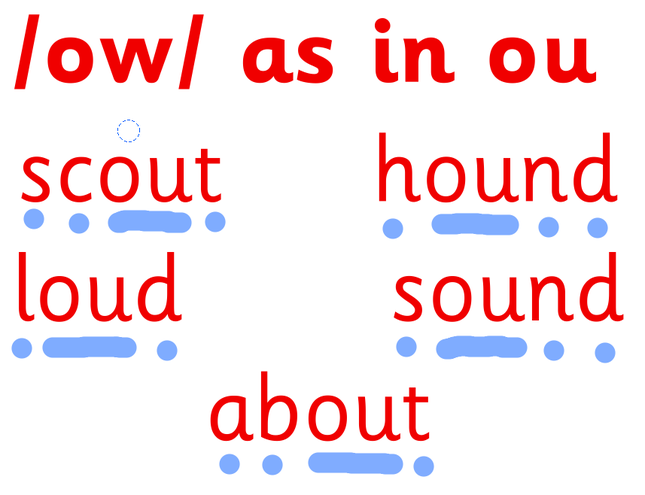 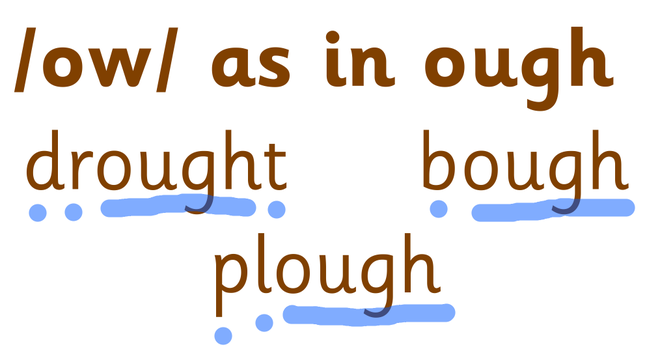 Now, have a go at the following activity on Phonics Play, which helps you to practise identifying alternative spellings for /ow/. 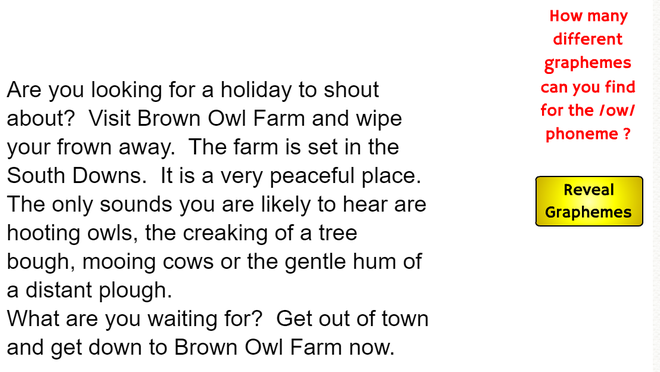 Today we would like you to start off by reading a selection of farm poems.

With each poem, look out for:

Now we would like you to start to learn one of the poems from the selection above so that you can perform it off by heart. We have learnt several poems off by heart already this year, as it’s a Year One objective for English. Can you remember how we learnt the ‘Gingerbread’ poem? Or the ones that we looked at about the seaside and sea creatures?

Today we’d like you to choose one of the farm poems that we’ve shared with you here and start to learn it off by heart. Rehearse it over and over again, just like we do at school, so that you can learn it really well. You could practise in front of a mirror or record yourself saying the poem. Watch it back and see where you can improve. Try to add some super expression and use the actions to help you remember each line. If you find this really tricky, just learn one section today – line by line, and leave learning the second part until tomorrow. Keep saying the poem over and over again as you go about your daily activities; climbing the stairs, washing your hands, helping with the washing up, while you are out for a walk and as you clear up your toys. You’ll soon have it cracked!

This is going to be another two day project – and tomorrow we’d like you to send us a recording of you saying the poem through on Seesaw, complete with actions and LOTS of expression. (No need for snakes though 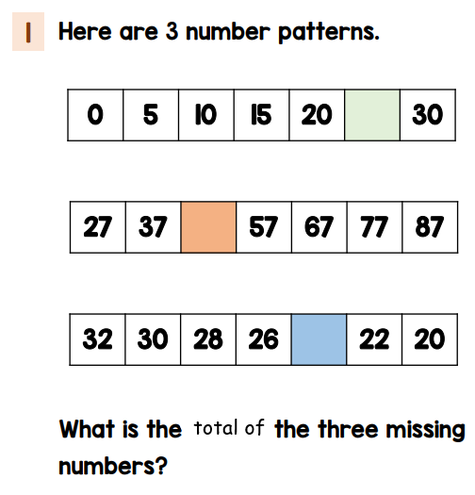 Today we are learning to recognise and add equal groups.

Give one child three plates each with four biscuits (or other item) on and give another person three plates with 12 biscuits on in total, but distributed unequally between the plates. 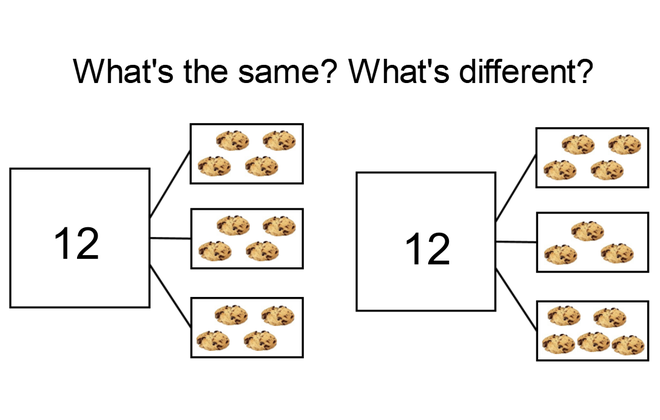 Ask: What’s the same and what’s different between X and Y’s plates?

Depending on children's responses, explain that when each plate has the same number of biscuits, we can say there is an equal number on each plate. There are equal groups of biscuits.

Count ‘one, two, three, four’, pointing to each plate, then write the addition equation 4 + 4 + 4 = c on a piece of paper. Draw a part-whole model with three parts of four.

Ask: There are three equal parts: four, four and four. What is the whole?

Some children should recognise that they can use the known fact double four and then add another four. Encourage children to discuss these strategies.

Have a look at the below pictorial examples of equal and unequal groups. In each example, ask children to identify which groups are equal and explain how they know. 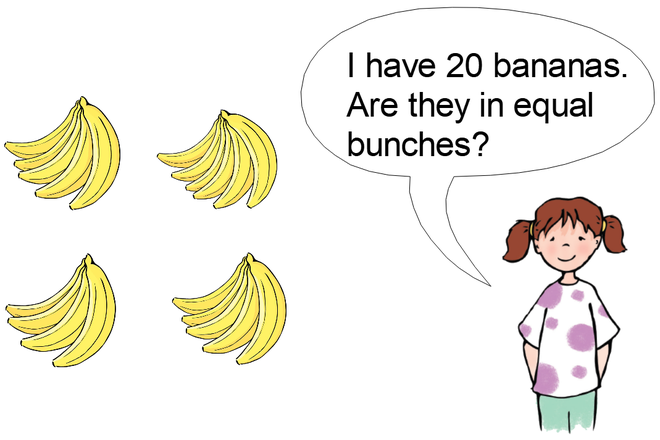 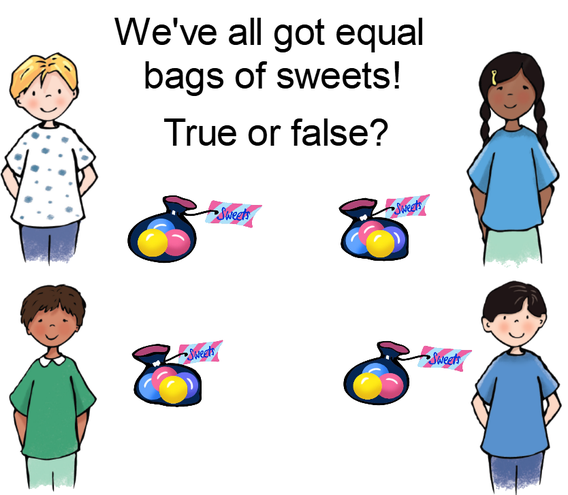 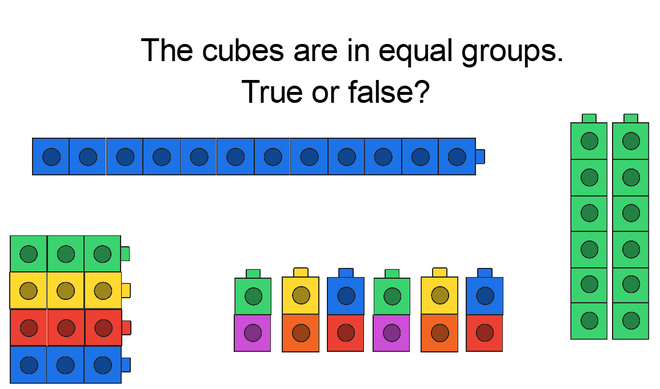 Children have five plates or cake cases and twenty counters (you could use stones, buttons, anything!).

Adult picks a number of plates between two and five. They place some of the 'counters' into groups on the plates (equal or unequal).

Child identifies whether the groups adult made are equal or unequal, explaining how they know. Use the example below to help to structure the dialogue. 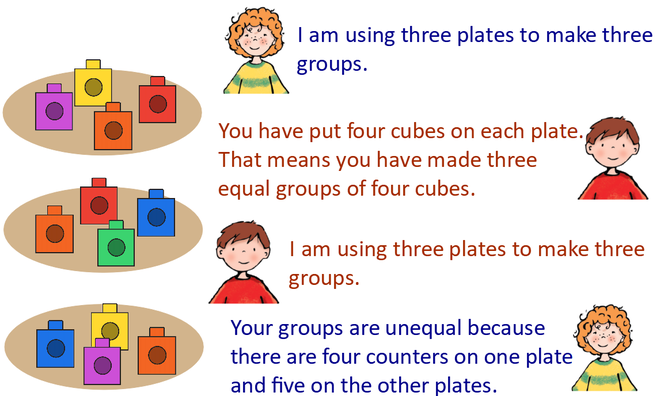 Show children the below picture which presents four equal groups of five apples. 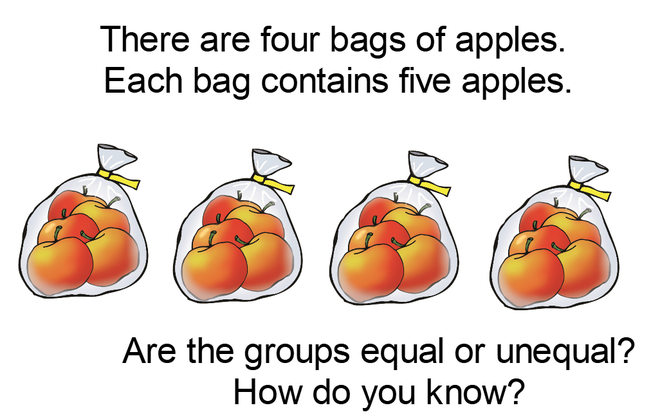 Ask: Are the groups equal or unequal? How do you know?

Use the next picture to show how many apples are in one, two, three and four groups of five. 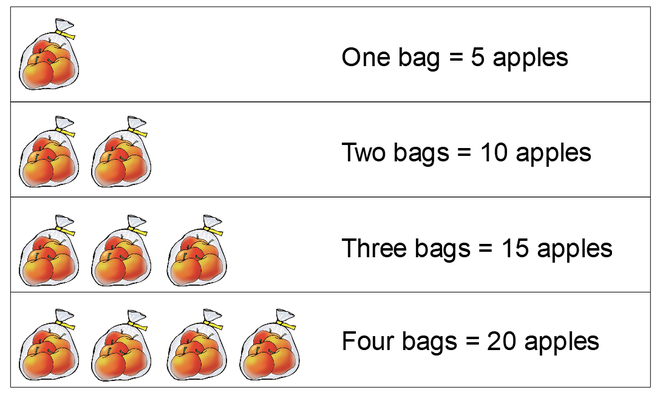 Ask: Do you recognise this sequence of numbers?

Pupils should identify that these are the numbers they say when they count in fives.

Explain that when we have equal groups, we can use skip counting instead of counting each individual object or adding.

Show the part-whole model below and emphasise that the parts are equal. Skip count again in fives to find the whole. 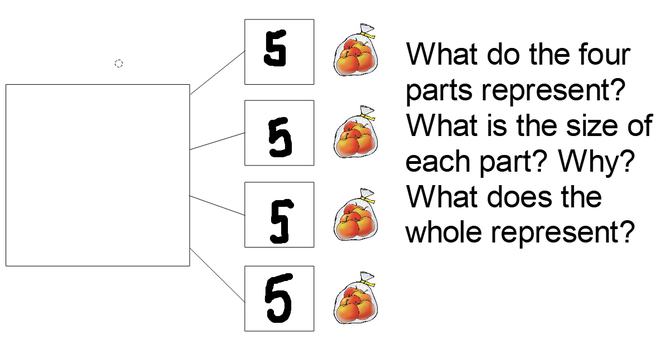 Explain the name for repeated addition, when we add the same number more than once, is multiplication. We are multiplying.

Now practise representing repeated addition of equal groups by completing the task below.

Children can use 'counters' and paper cake cases or plates to represent the groups of objects shown in each picture. They then write the repeated addition equations.

If you want more, you can also choose from these challenges below. If you are finding this concept a bit tricky, practise task 1 again until you feel more confident.
Top