Today is a Bank Holiday and if we were at school as normal, we would actually have a day off to celebrate VE Day.

On 8th May 2020 it will be 75 years since the first VE Day. VE Day stands for Victory in Europe Day. The day marks the end of the Second World War in Europe. People remember everyone who lived during the war and the soldiers who fought.

On the first VE Day, there were street parties and parades throughout the Western world - especially in the UK and the USA. More than a million people took to the streets in Great Britain, with the greatest crowds in London. The day was declared a national holiday with pubs opening late. 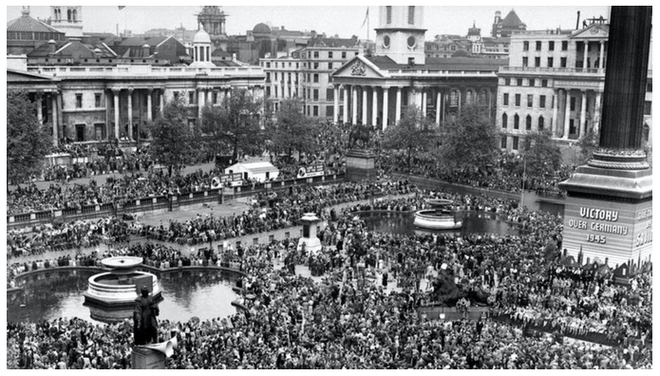 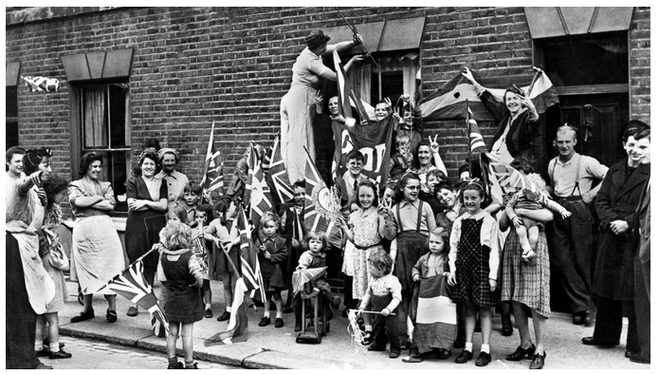 People celebrating in the street in 1945. Credit: PA

Even though we can't celebrate today with the street parties and amazing events that we originally hoped to, there are many ways that you can channel the 1945 spirit at home during lockdown:

Below are a few activities that you might like to explore today, or you could just learn how to make scones and enjoy them with a nice cup of tea and some strawberry jam out in the garden! Enjoy the celebrations and make sure that you take a few moments to remember the sacrifice made by those who lost their lives in the war.

And for those of you who love LEGO and colouring, here are a few lovely colouring sheets for you to complete and then put up in your window at home. Enjoy!

(There are lots more on the link below.)