Say the alphabet using your finger to point to the letters as you do so. 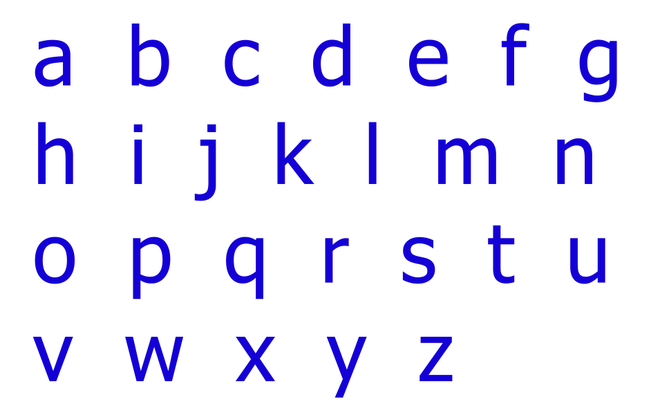 Show children the vowels below:

Look at the sounds below. Sort a selection of graphemes for vowel phoneme into ones which are only vowels and ones which have consonants. 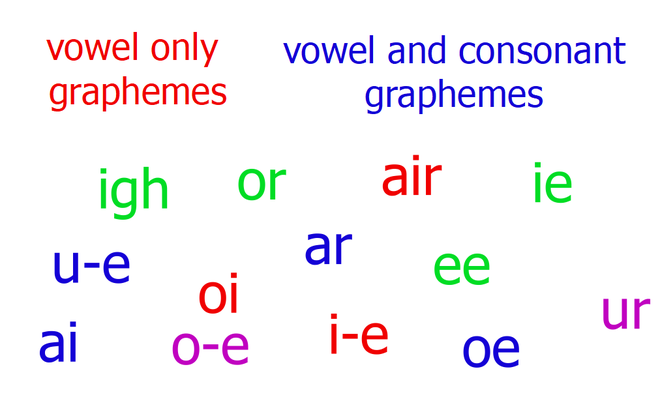 Read the alien words below:

*Please conduct a spelling test of the spellings given out on the Thursday before half term if you haven't already. New spellings to learn will be available tomorrow.*

Today we would like you to take your research and notes from yesterday and create a leaflet to persuade people to send their children to Tyrrells School.

You will need to include lots of the fabulous adjectives that you thought of to describe the different places in the school. Try to start your sentences with phrases that will persuade people that Tyrrells is a great school and that their child will love it just as much as you do!

You can also add some wonderful colourful pictures to your leaflet. Here is how the front cover might look: 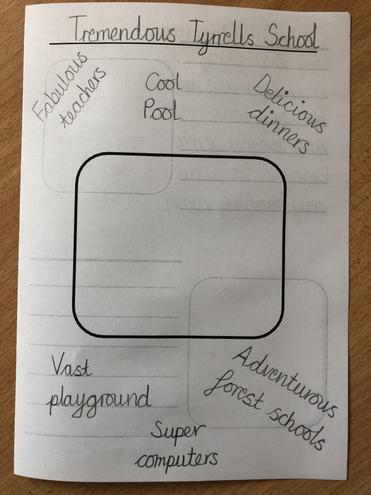 And here's an example of how you might include your adjectives in a persuasive sentence: 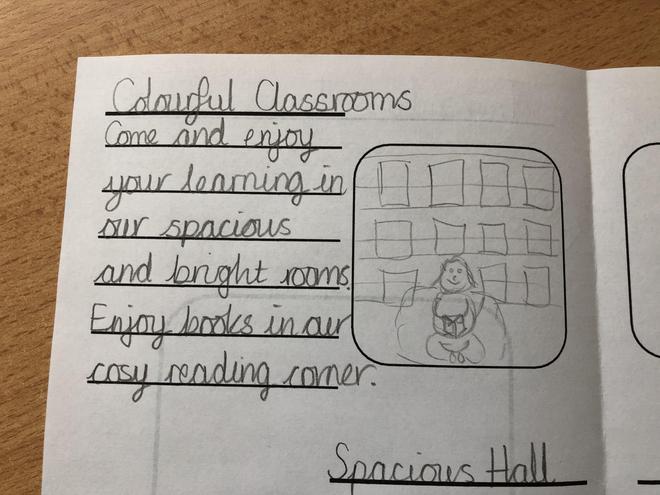 Use the template below folded in half for your work today, or set it out in the same way in your exercise book. The best leaflet from each class will be uploaded to the Year 1 Gallery page of the Tyrrells school website and Mrs Daines will be really proud to share your work with new parents when they are allowed to visit again, so really try to make this a super piece of work!

Please don't forget to send us a copy or a photo of your work on Seesaw or by email so that we can choose the best one. 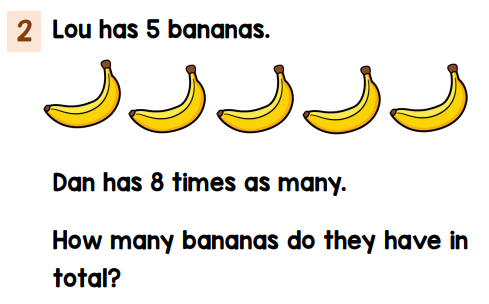 Today we are learning to explore arrays.

Look at the picture below and explain to children that the apple seller is arranging the apples on her stall ready to go on sale. She wants to be able to see how many apples she has easily so she is organising the apples into neat rows and columns on her stall. 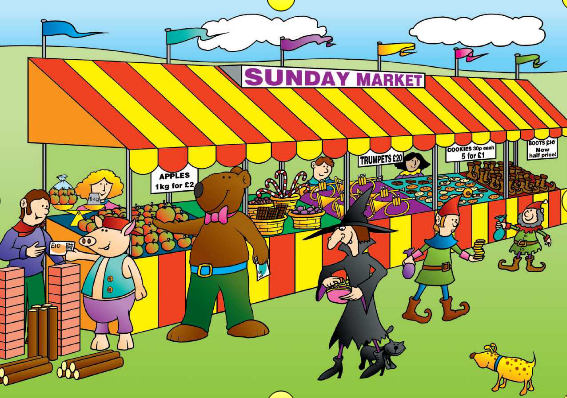 The apple seller has two groups of five apples.

Children say: There are two groups of five apples. Each row of apples shows a group of five.

Ask:  How many apples are there altogether? 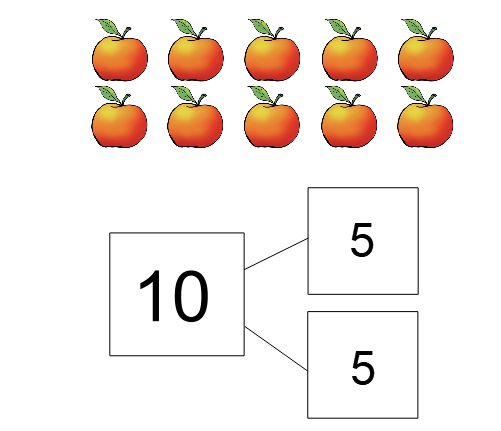 Children say: The whole is ten, the parts are five and five. Explain to children that you are going to arrange the same apples into a new array. Find 10 objects around your house and ask children to arrange these into two groups of five with the columns representing the equal groups by counting out five apples at a time in columns.

Children say: There are two groups of five apples. Each column shows a group of five.

Ask: How many apples are there altogether?

Look at the part-whole model below: 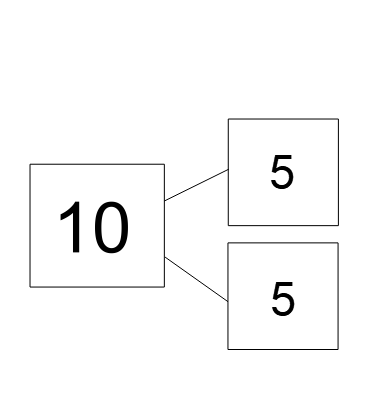 Children say: The whole is ten, the parts are five and five. Ensure children are familiar with the language of columns and rows.

Look at the array below:

Children might see two options, five groups with two apples in each group or two groups with five apples in each. Discuss how the equal groups could be represented by the columns or the rows. Explore both by taking ten objects from around the house and counting them out into five columns of two.

Then take another ten objects from around the house and count them out into two rows of five. Children say:  There are ten apples altogether. There are five apples in each group. There are two groups.

Exploring arrays:Look at the task sheet below:

You can take a picture of the arrays that have been made and upload onto Seesaw. Some children may want to write down what they have found out.

Now have a look at the picture below and have a go at answering the questions. 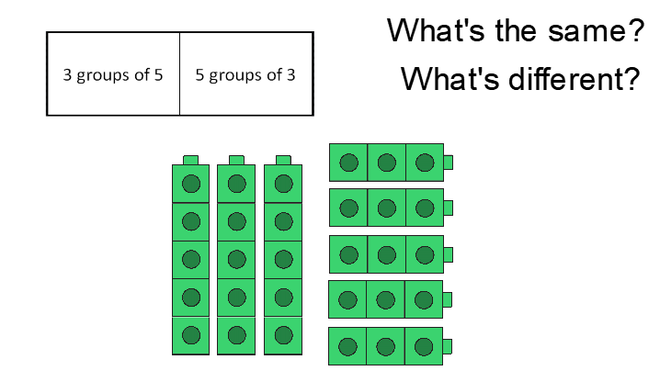